Version 0.05 is Released! The update is focused on weaponry and in-game functions.

In this update we add quite a few significant features. Including:

For weaponry, we've added graphics, light and particles to missiles. The particle system is new as well, although not totally complete just yet.

We overhauled the way weapons fire and track under the hood, weapons are now operating fully in 3D space instead of 2D like they were previously.

We've added aircraft and helicopters into the game. They function more or less as they do in CnC Generals, fixed-wing aircraft are more rigid and are required to return to the airfield to reload, the helicopters are much slower but more flexible.

We've added some quality of life functions, one of which is that pressing and holding the 'f' key won't pay respects, but will follow whatever unit you've currently got selected. Neat.

Anti-air missiles bringing down this jeep.

When building structures, you can now build on moderately bumpy terrain because we've added terrain flattening! We'll add more terrain editing features in-game later on, but its more of a necessity rather than a focus for our game.

Here are some new mouse cursors, only some of them are actually functional at the moment. They will all appear in version 0.06, which is a UI overhaul for the game.

I love these anim loops.

We've also finally added vehicle repair and infantry healing functions. Just bring along any ambulance or medic for the infantry and/or an ARV for vehicle repair in the field and it'll happen automatically.

Here's the full tech tree as it is right now in version 0.05: 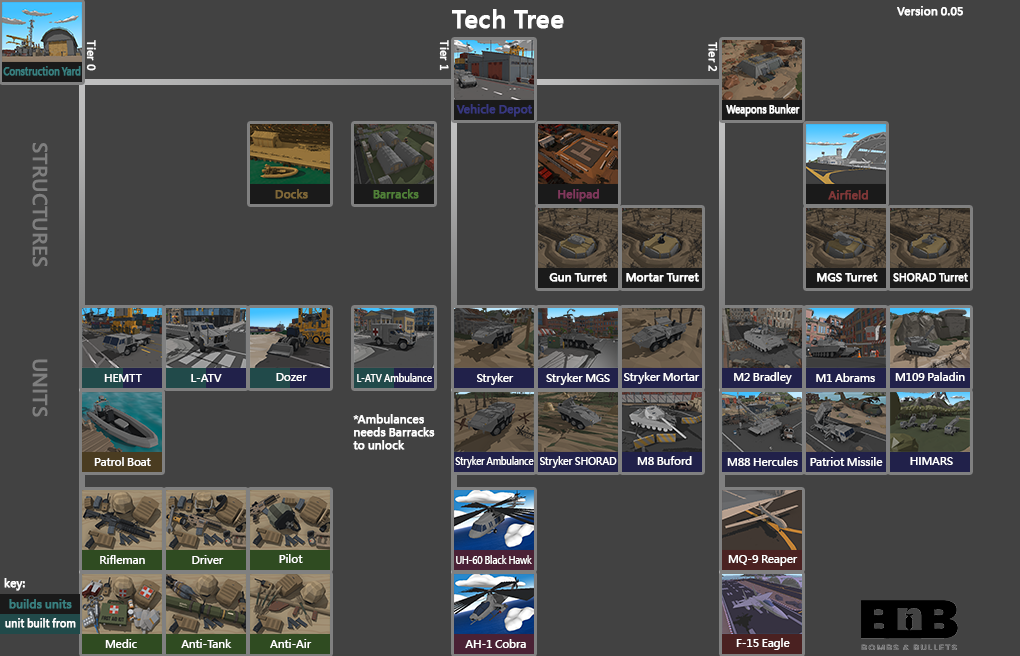 The full tech tree for the US faction, for now.

As you can see, we've filled out the infantry roster and, for some strange reason, added boats as well. Previously, a lot of these vehicles were in, but did not function, now everything functions. Unbalanced and assuredly buggy for now though, lol.

One important note, the multiplayer does not work at the moment. We will patch this up soon with version 0.051 as well as any new bugs that are uncovered in the process. We'll also be doubling the amount of music in that update too, so stay tuned.

In future, we plan on continuing like that. We will release a large update with a lot of new functionality focused in one aspect, weapons & new unit types in this instance, and then we'll follow up with a patch that iron things out further, perhaps adding a bit more content along the way.

The next version is version 0.06 and is a large UI overhaul. Work on that actually started about 2 weeks ago and is moving forward rather swimmingly.

That's it for this release, we hope to add more content in future. 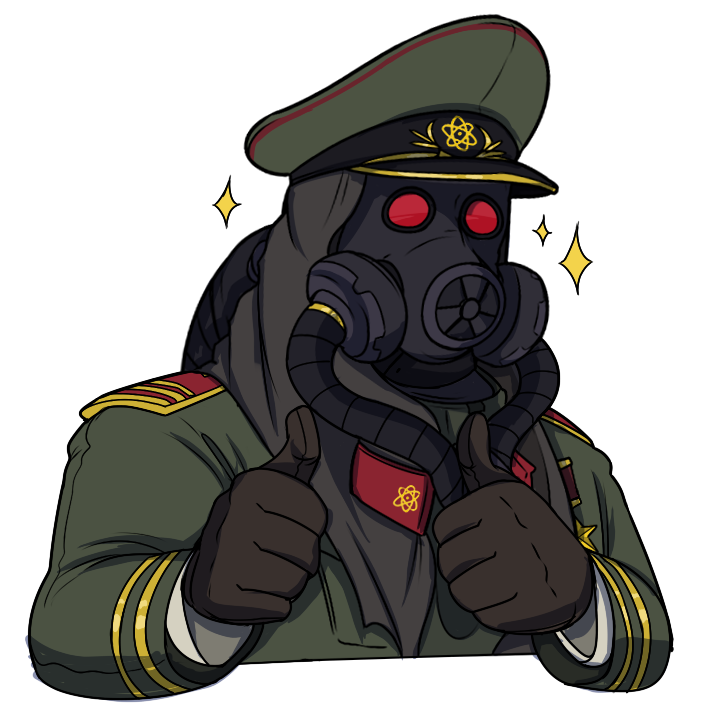 Get Bombs and Bullets